Study Reveals Extensive Role of Food & Ag Sectors in Feeding the U.S. Economy
The 2017 Food and Agriculture Industries Economic Impact Study estimates
the economic contributions made by the food industry to the U.S. economy in 2017.

A nationwide economic impact study released on November 16, 2017 found that more than one-fifth (or 20.4%) of the nation’s economy is linked, either directly or indirectly, to the food and agriculture sectors and that more than one-fourth of all American jobs (28%) are similarly connected.

Visit http://www.feedingtheeconomy.com/ to explore the impact
on a national basis, by state, and by Congressional District: 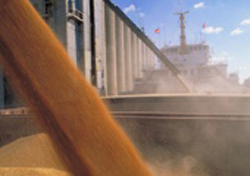